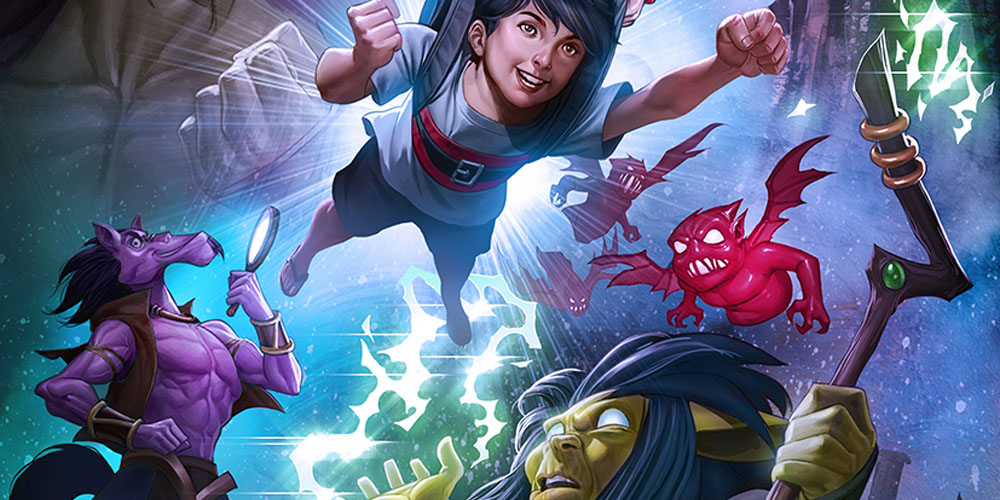 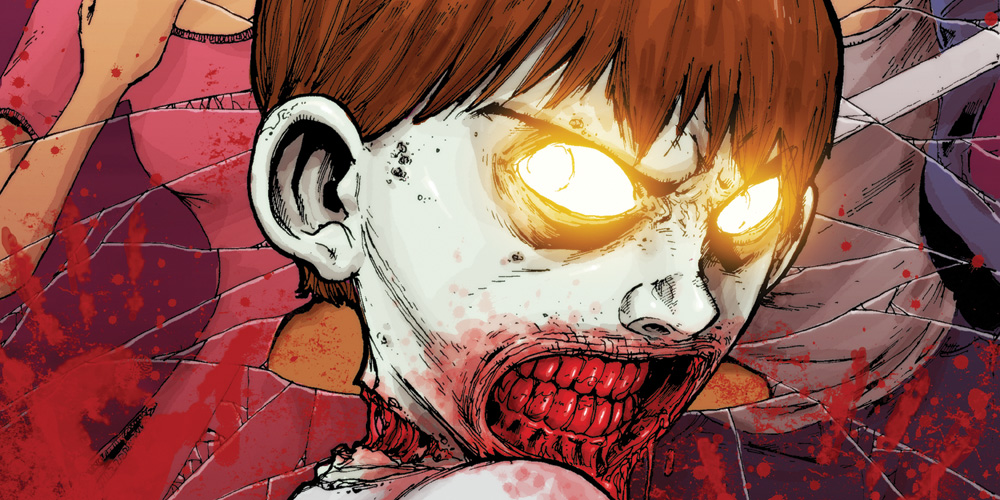 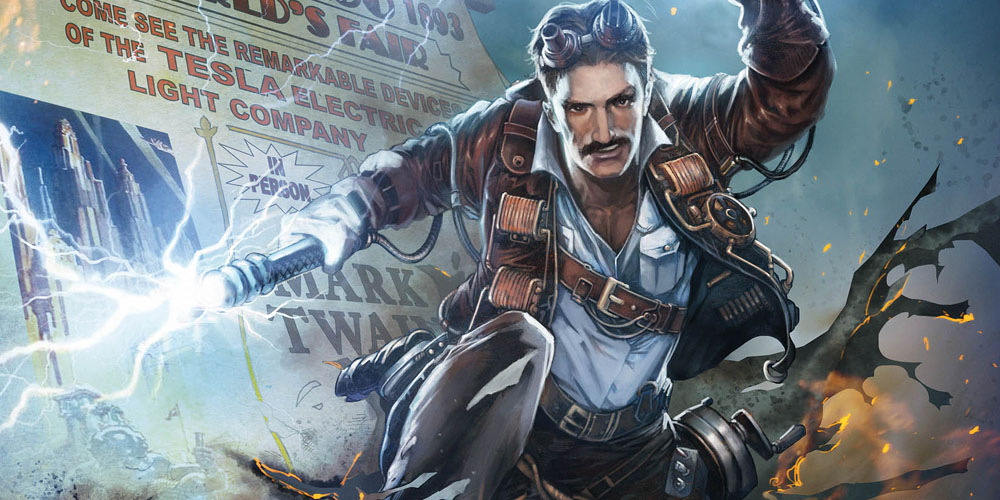 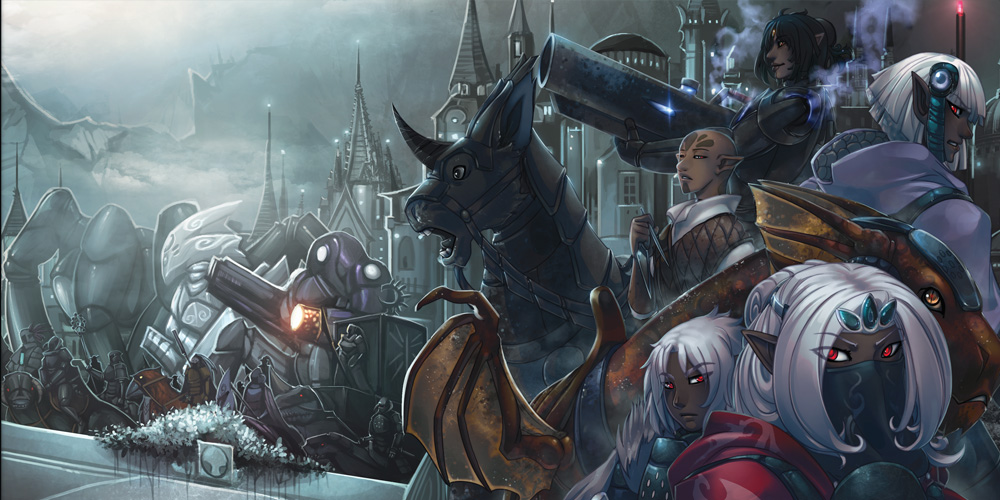 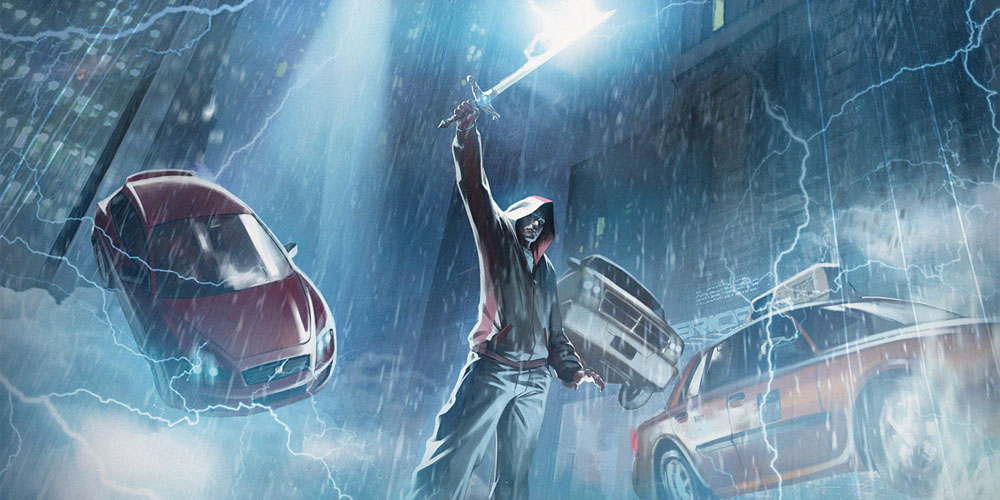 You have questions, and we have answers:

Q: What is ZWAG BOX?

A: ZWAG BOX is Red Giant's new monthly subscription box. For as low as $15.97 (plus shipping and handling) per month, subscribers can receive in their mail every month a bright red package filled with pop culture collectibles totaling more than $55 in retail value - the same type of limited edition and exclusive products that can usually only be found at conventions.

Q: What items will be in ZWAG BOX?

A: Each of the first four ZWAG BOXES (July through October 2016) is guaranteed to include a ZWAG BOX-exclusive variant cover edition of our MARKIPLIER comic book mini-series, allowing subscribers to collect rare editions of all four MARKIPLIER issues. The rest of the boxes will consist of 4 or more items that touch on the five pillars of pop culture. They're a mystery, thus why it is called a mystery box. You can generally count on a T-Shirt every month, a toy, at least one comic book issue (sorry, no Trade Paperbacks are likely given the weight), and other collectibles.

Q: What are the 5 Pillars of Pop Culture?

A: The 5 Pillars are: Movies & TV, Comics & Literature, Internet, Video Games & Gaming, and Toys & Gadgets. There will be quite a bit of overlap, as the lines have blurred in many of these categories... but we wanted to give people more of a broad stroke rather than just the themes approach.

Q: What are themes for ZWAG BOX?

A: We will unveil new themes each month, but we have them pretty much planned out through to 2017 at this point. The theme for our launch is "It's About Time!" It's a fun theme that hits on time itself, whether it be from the past, present or future. It directly ties into each of the items in the box.

Q: Will there only be Red Giant merchandise in ZWAG BOX?

A: No way! We will usually have only one item at most (usually a comic and we may even carry other companies' comics in addition), unless we are doing more than five items and want to throw in a BONUS. Typically the 4+ other items will be from other companies such as Funko, Biff Bang Pow, Entertainment Earth, Marvel, DC, Sanshee and other major manufacturers we are excited to work with. We love working with these and other great creators and are building great relationships as we go.

Q: What is this about charities with ZWAG BOX?

A: A percentage of proceeds from ZWAG BOX will go to some of the favorite charities of some of our celebrity guests and we will try to work with them on that. For instance, we have asked for guidance from Markiplier as he has experience raising nearly $1 million for charity since launching his YouTube channel. We hope that ZWAG BOX will continue that tradition.

Q: Who will handle fulfillment for ZWAG BOX?

A: We have a warehouse/fulfillment source in L.A. we work with called Medallion that has massive experience handling this sort of business. They are ready and waiting, and just as excited as we are.

Q: What percentage of ZWAG BOX does Red Giant Entertainment own?

Q: ZWAG BOX came out of nowhere. Why did it suddenly appear?

A: We have actually long been discussing doing a subscription box. Chris Crosby, our CTO, has always been a major proponent of the concept, but we did not have the knowledge or expertise at the time to handle it years ago when he first mentioned it, as we were focused on the GIANT-SIZE line. Last summer we began to look into it, as a major subscription box company approached us about working together. While ultimately those negotiations stalled, we had learned enough about the process to begin putting things together on our own. We made the decision to launch and quietly began to put the plan into action. As we said, we want to be more a company of action rather than talk, and this is just one example.

Q: When does POWFOLIO launch?

A: The POWFOLIO app has been extraordinarily well received by beta testers, and will launch as soon as it is 100% ready. Please follow updates on the official POWFOLIO Facebook page for the latest news. All we can say is VERY VERY soon! We can't wait to make EVERY day a FREE COMIC BOOK DAY.

Q: What publishers will be included in POWFOLIO?

A: It is our goal to include everyone. Frankly we won't be happy or consider it "job complete" until it literally has every comic book from every comic book company since the dawn of comics included! We're obsessive like that. But right now, we're looking at more than two dozen publishers who have agreed to join and are at various stages of getting their content to us or uploaded. We are in various stages of discussions with practically everyone else, and feel confident we will eventually work things out with them all. There are a lot of legalities and processes in place that must be done, and as a "new" commodity and platform for the industry, there are of course questions to answer.

Q: How many comics will be included in POWFOLIO?

A: We already have more free-to-read comics than Comixology...however, it is our goal to have more comics than ANYONE, period. We have a backlog of over 15,000 Golden age comics, and thousands of Bronze, Silver and early Modern comics that we have to digitize still for other companies. This will all simply be a matter of time, manpower, and resources that are already being trained and put into action.

A: Yes. POWFOLIO sits on the world's largest platform and is infinitely scalable. More importantly, Glowdot is the best of the best, and can handle any technical issues that might arise.

Q: What is the status of GIANT-SIZE ACTION?

A: We have had to put GIANT-SIZE ACTION, and the GIANT-SIZE line concept of ad-supported free PRINT comic books, on hold for now.

The GIANT-SIZE line was a bold experiment: a business model that had never been successfully executed in the entire history of comics. No new concept is guaranteed success, but like all start-ups, we did the best we could to make it happen.

We put all of our resources into launching GIANT-SIZE, but the support from advertisers was ultimately not there when it counted. Quite simply, while the initial response was enthusiastic, not enough advertisers were willing to risk hundreds of thousands of dollars from their limited budgets on an unproven print comic book publication. In recent years these advertisers have been primarily focusing on digital, and see POWFOLIO as a more attractive platform than print comics to advertise in.

Q: So is GIANT-SIZE dead?

A: Not at all. We are simply putting it on the back burner while we build relationships with the advertisers through ZWAG BOX and POWFOLIO. Advertisers were hesitant because we simply were not well-known to them. The only way to BE a known commodity to advertisers would be to either put the comics out at a huge loss (not viable without further dilution, which we did not want to do) or to do what we are now doing... become a known commodity through our other platforms.

A: TOYS "R" US is very understanding of our shift and we are discussing ways to work together that we will reveal if and when they materialize. We continue to love our friends at TRU and maintain a positive relationship with them.

Q: So will you be publishing?

A: Yes. In fact, as you've seen, we began with the MARKIPLIER four-issue mini-series. You'll note that the content of the story (as it had always been) introduces Markiplier (and the world) to our characters, as he interacts with them in their respective worlds. This allows us to introduce these characters to a WIDE audience of readers in both ZWAG BOX and the direct comic book market!

By the time retailers and readers will have seen these characters in MARKIPLIER, the individual properties will then be published as bi-monthly stand-alone "pay" comics. We plan to introduce their first issues in ZWAG BOX, thus providing us with a wider platform to reach new audiences. That was the cornerstone concept of the GIANT-SIZE line and its primary purpose. And since we have months' worth of product already created, this is something that is literally "ready-to-go."

When we have the support from the relationships we are building to launch the GIANT-SIZE line, we will simply plug new titles into that platform and move forward. GSL was always intended to be an intellectual property incubator and not about the properties themselves. We've simply moved those properties to ZWAG BOX and POWFOLIO as our new incubation platforms.

Q: What is the ZWAG BOX "GOLDEN TICKET SWEEPSTAKES" and is it legal?

A: The Golden Ticket is absolutely legal and has been vetted by our lawyer. It is a fun sweepstakes (no purchase necessary, see details on Zwagbox.com terms and conditions page, void where prohibited) that gives up to four lucky people the chance to get badges to attend San Diego Comic-Con 2017 and hang out with us and our guests at the show. It's similar to a backstage pass in a way, and our way of showing appreciation to our fans.

Q: Has anything changed with regards to your stance on a reverse split?

A: Our stance has not changed. Right now we are focused on getting current and working with auditors, CPA and lawyers to do just that.

Q: Will you continue your corporate buy-back?

A: Right now our focus and finances are devoted to POWFOLIO, ZWAG BOX and launching our publishing line. If we find a surplus of funds from any or all of these sources to warrant a continuation of our buy-back campaign, we will make that call at that time.

Please direct all questions to info@redgiantentertainment.com.