Terry Keefe (Supernovas) with his own personal superhero at Keenspot booth 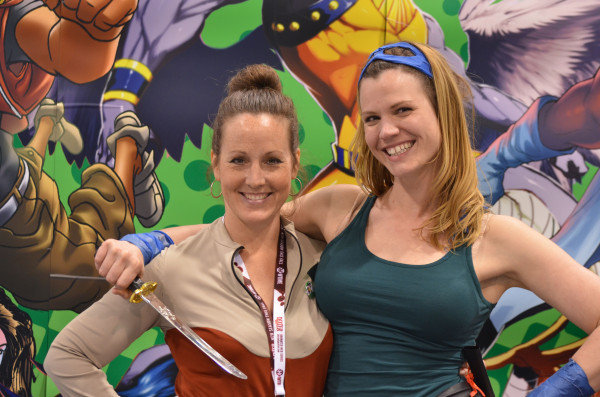 Models Cherie Ditcham and Holly Ridings at the Keenspot booth

We even made it into a fun WonderCon viral video! Pause the video at 37 seconds in to see us...


Here's a screenshot from the video...